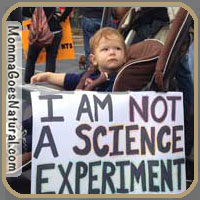 When we go to the grocery store to shop for our food, typically we have over 47,000 products to choose from. Do you have any idea where some of this food comes from, how it’s made, who’s controlling it, who’s making the profits, and who’s overseeing the safety? I’ve been hearing rumblings that were quite disturbing for years, but lately, it’s hard to get away from the “rumors” with so many different ways for people to communicate.

Regarding grocery store produce, since there are no seasons anymore, fruit is usually picked before it’s ripe, ripened later with ethylene gas. And just what is ethylene gas?

After doing some research, I have discovered that the way we eat, meaning the way our food is grown, has changed a lot in the last 50 years, more so than in other time frame of our history.  I have tried to ensure I have done valid research, on this subject in particular, because it affects my family, my grandkids, me, and you and yours.

I am old enough to remember that when I was growing up autism was rare. I knew no one with it. I knew a lot of kids and I was the only one I knew with asthma, which my mother also had from the time she was a little girl. There was no ADD or ADHD, and a good percentage of children were not on prescription medication.  It is no longer that way.

From early on, I wanted to raise a few livestock of my own, and have my own garden, and buy other essentials in their natural state from my neighbors. I almost made that dream happen. See, I was paying attention to what was going on long before I even realized it.

As I began to really pay attention to what I was serving my family, I noticed that in tracing food back to its origins, that most of it was not grown or raised on farms, but produced in factories, factories that from the outside look like farms, but are anything but when you begin to understand how they operate as large assembly lines and/or scientific experiments.

Just as some have said about our communication and media sources becoming too sanitized distributing the same messages via a very small group of owners with specific interests being dangerous (another topic for another day), so too is our food supply.

Much of the food found on the shelves of the average grocery store is made and controlled by a small group of multi-national corporations – from the seed to the end product. Technically, a handful of companies are controlling our food system in the United States – what we eat and how it’s produced.

Big pharma and corporate chemical companies, with their genetically modified experimental commodities, are threaded thick through this food tapestry. And you might be surprised at the number of people who work back and forth between these corporations and government regulatory agencies over the years – I know I was.

Though food is absolutely necessary to our survival, don’t ever kid yourself, IT IS BIG BUSINESS and it is not about sustaining the population and its health, it is about PROFIT, pure and simple.

Stay tuned if your interested, as I have more to say on this subject, just don’t want to make this post too long.

Anyway, just something I’ve been thinking about, for quite some time now . . .