I find more things on Facebook these days. I realize you have to take about half of that with a grain of salt. But this, this seems right on the mark. Thanks AJ+.

Now, I know why I never knew when any of the Democratic debates were being held –

[A proud participant of Just Jot It January, hosted by Linda G. Hill.]

I am going to work hard to start posting more regularly and getting involved in writing events again. This last year, wasn’t really feeling it – though the year passed so quickly not sure I felt anything!

I also want to try and keep up with all your posts, as well. I have missed those! I spent almost all day yesterday catching up with a few. I really enjoyed that! 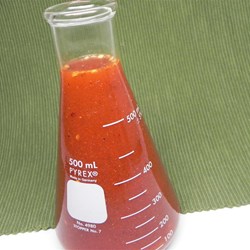 While cooking dinner, my husband came up and saw several empty bottles on the counter.

Husband:  What’s that? Is our marinade a mixture of stuff?

Husband:  OH, that ought to be good [a little sarcastically, with a twinkle in his eye]

Me:  Be glad we have stuff to mix! And something to put in that mystery marinade!  [laughing]

BTW – the chicken turned out great, mystery marinade and all LOL!

We wanted to Facetime with the grandkids today, so I called my daughter this morning to tell her. As often happens, it went to voicemail. I knew she was home, as we both share our locations with each other on the Find-A-Friend app. I left her a message. Yeah, she never called back. I’m sure she was busy today, but still.

About 6:30 tonight, I called her again, hoping she would answer and the kids would be able to get their mini iPad and spend a little time with us. Yep, you guessed it, voicemail, again. Again I left her a message.

Me:  Well I’m at the hospital, but it was just a minor little heart attack, nothing to worry about. Just call at your earliest convenience . . .  [by this time I was laughing, as I finished the message]

Of course, I called from the home phone, so pretty sure she knew I was kidding . . . 😉

Yes, as customary for me lately, I am a day late and probably a dollar short, too – if we were to count and get technical 🙂

Yesterday, January 19, was the birthday of Janis Joplin. I was just an elementary school kid when she was making a name for herself and then burnt up in a star’s cosmic tale tragically dying.

Between Janis, Jimi Hendrix, Jim Morrison, Duane Allman, Jim Croce, Mama Cass Elliot, and a few others – there was this group of trail blazing musicians/poets/storytellers/performers that graced our presence for a short time, but left us with music and legends that hopefully will live on forever! They will for me, anyway – as I have so many memories connected to their songs.

When my husband and I moved into our first apartment, we didn’t have a lot of money – I was several weeks from turning 18, and he had just tuned 19 several weeks before – so money was tight, and decorating was, well let’s say that of young people. We had two LARGE silk screen prints – one of Janis Joplin and one of Jim Morrison that graced the walls of our living and dining area.

The CD had not been invented yet, and though cassettes existed, albums were still quite desirable. I hit a well known local record store typically once a week for new albums, though some really were old, and other “things” – sometimes the first expenditure from my just received paycheck. (Yes, this was a paper check, as direct deposit didn’t exist back then either – yes now I am laughing, as well!). Damn, times were good back then 🙂

Anyway – realizing it was her birthday brought back some wonderful memories, and since I have been such a slacker lately about writing anything of real substance (this is a blog that is intended to make people think about their world and what’s going on around them after all) – thought I might share a little more about myself and my influences and experiences. At least I am writing 🙂 I’ve been working on the novel a bit, but then got stuck again. It’s a personal thing and I’m working on it.

Here’s a couple videos I hope you will enjoy. Hard choice, as I really love Janis – she speaks to me. I have actually been compared to her a few times, mostly because my voice is deep and raspy – though we really sound nothing alike.

And the one me and my “peeps” know and love, and one I’ve been singing, even
a cappella, since high school . . .

And of course, the ever-famous and another we sang all the words to 🙂

Just something I was thinking about  . . .